Muktinath Tour takes you to the Muktinath. Muktinath is Sanskrit name and itself has a religious overtone. This word contains two words Mukti & Nath; Mukti means Salvation and  Nath means god. It also holds a great significance for all spiritual people in the south Asian subcontinent. Muktinath is also called as the provider of salvation. Muktinath has been one such holy site, where thousands of devotees flock for attaining the much sought after moksha( freedom) from the cycle of birth and rebirth. It is also a wish or a dream of every Hindu to get Mukti-Nirvana from this cycle taking births over and over again. It is belief of the Hindus that this world is “MAYA” (an illusion); the earliest one gets out of it the better and a visit to Muktinath will help them achieve that goal. Since then it called Muktinath.

Day 01: Kathmandu Arrival
You will be received at the airport and transferred to your hotel.

Day 02: Kathmandu Sightseeing
Pashupatinath Temple: Dedicated to Lord Shiva, this is Nepal’s most sacred Hindu shrine and one of the subcontinent’s great Shiva sites. The supreme holiness of the site stems from the Shiva linga enshrined in its main temple. It expresses the very essence of Hinduism as pilgrims, priests, devotes, temples, ashrams, images, inscriptions, and cremation ghats intermingle with the rituals of daily life, all sprawled along the banks of the sacred Bagmati River. The temple’s origins are obscure. An inscription here dates from 477 AD, but the shrine may have stood there for 1000 years before that.
Swayambhunath Stupa: 6.5 kilometers west of Kathmandu, this great temple is just on the outskirts of Kathmandu. No one actually knows who built it. Many believe that the Lichavis constructed it while others believe that emperor Asoka had already visited it in the 3rd century. The Swayambhunath complex consists of a giant Stupa, a large ensemble of shrines and temples, and also includes a Tibetan monastery, a museum, and a library. This site has two access points: a long stairway, claimed to have 365 steps, leading directly to the main platform of the temple, which is from the top of the hill to the east; and a car road around the hill from the south leading to the southwest entrance. The first sight on reaching the top of the stairway is the Vajra.
Patan Durbar Square: Durbar Square is a marvel of Newa architecture. The Square floor is tiled with red bricks. There are many temples and idols in the area. The main temples are aligned opposite the western face of the palace. The entrance of the temples faces east, towards the palace. There is also a bell situated in the alignment beside the main temples. The Square also holds old Newari residential houses. There are various other temples and structures in and around Patan Durbar Square build by the Newa people
Included Meals: Breakfast

Day 03: Drive from Kathmandu to Pokhara
This morning you will be driven to Pokhara (200km), departure at 7:00 AM, approximately six hours away by private vehicle. En route, you could find Trisuli River, it is very famous for Himalayan Wild River rafting and also you can find,
Included Meals: Breakfast

Day 04: Fly From Pokhara to Jomsom and drive to Muktinath – Jomsom.
You have breakfast being of the early morning. This morning you will be fly to Jomsom approx.25 minutes flights, Hotel Check-In, then walk around 15-20 minutes to reach Jeep Station and drive to Muktinath by Local Sharing Jeep (1.30 hrs.) along the Kaligandaki River. To reach Muktinath Temple needs to walk ascending around 30 mins. Those who can’t walk can hire a motorbike (extra INR 300.00 per person) Muktinath is a god of Salvation; it holds great significance for all spiritual people in the south Asian sub-continent. Muktinath (the provider of salvation) has been one such holy site, where thousands of devotees flock for attaining the much sought after moksha, have holy bath on 108 waterspouts, name of “Muktidhara”. & Holy bath in Mukti Kunda (2 Kunda in front of Temple), Hindu devotees take bath under chilled water of 108 waterspouts “Muktidhara” & Mukti Kunda, it’s believing that it brings them salvation. Have Darshan and worship to Muktinath Temple drive back to Jomsom by jeep. Overnight Stay at Jomsom.
Included Meals: Breakfast/Lunch/Dinner

Day 05: Fly from Jomsom to Pokhara
This morning you will fly back to Pokhara, Pick up from Airport and transfer to Hotel. Bindabashini Temple: Bindabashini is also one of the most popular temples in Pokhara. The temple is dedicated to goddess Bhagwati, another manifestation of Shakti. Bindabashini is the mother goddess who fulfills the wishes of her devotees. Seti Gorge: Another of Pokhara’s natural wonders that unfailingly interests visitors is the Seti Gandaki River. Flowing right through the city, the boisterous river runs completely underground at places. Amazingly, at certain points, the river appears hardly two meters wide. But its depth is quite beyond imagination over 20 meters! provides a perfect view of the river’s dreadful rush and the deep gorge made by its powerful flow. Devi’s Fall: Locally known as the Patale Chhango (Hell’s Fall). Devi’s Fall (also known as Devin’s and David’s) is a lovely waterfall lying about two km south-west of the Pokhara airport on the Siddhartha Highway. Legend has it that a trekker (Devin, David.) was washed away by the Pardi Khola and mysteriously disappeared down into an underground passage beneath the fall. Barahi Temple: The Barahi temple is the most important monument in Pokhara. Built almost in the center of Phewa Lake, this two-storied pagoda is dedicated to the boar manifestation of’ Ajima, the protester’s deity representing- the female force Shakti. Devotees can be seen, especially on Saturdays, carrying male animals and fowl across the lake to be sacrificed to the deity Gupteswar Cave: Another cave famous for its religious importance located in the southern end of the city, Chorepatan. This cave is a sacred and natural cave; there is a temple of Load Shiva.
Included Meals: Breakfast

Day 08: Departure
After breakfast, you will have some free time until the time to leave the international airport for your final departure.
Included Meals: Breakfast 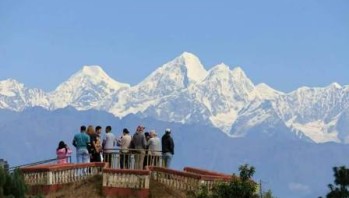 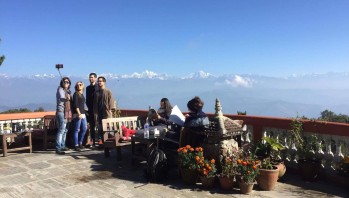 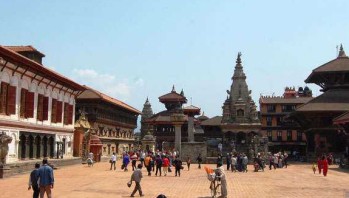 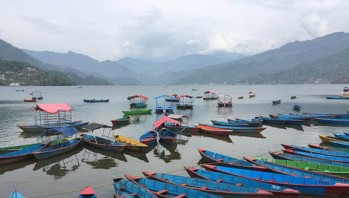 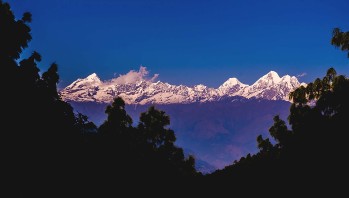 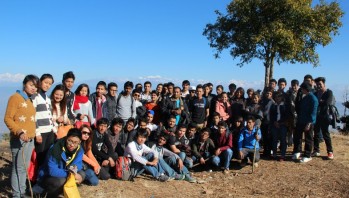 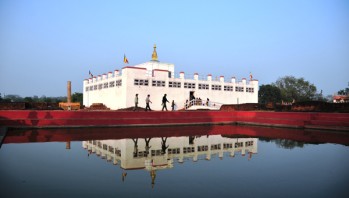 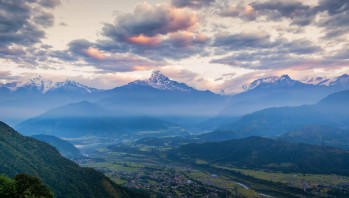 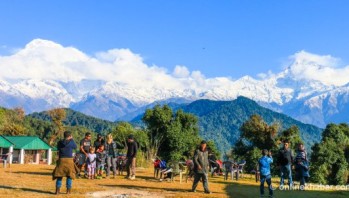