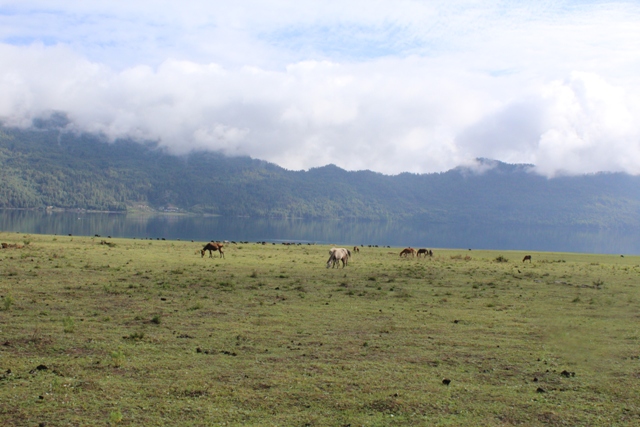 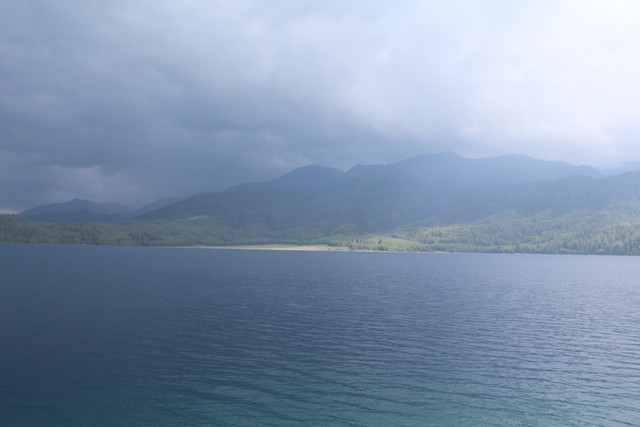 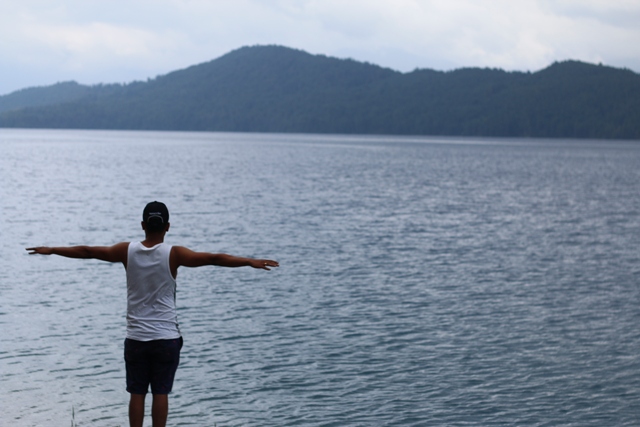 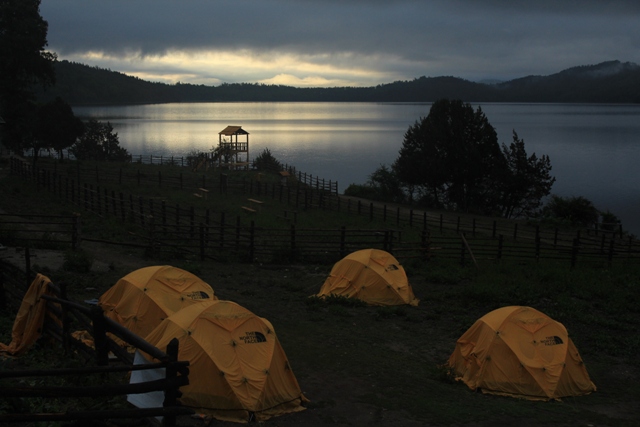 Previous Next
Duration 14 days
Max-Altitude 3,480m/44,225ft
Transportation Car/Flight
Grade Moderate
Accommodation Hotels in Kathmandu and Nepalgunj. Tea-houses during the trek
Meals Breakfast in Kathmandu and Nepalgunj. All meals during the trek
Best Season Through out the year how ever ( Dec - Feb) is not recommended.
Communication 9843138264
Group Size 2+

Rara Lake Trek takes you to the Rara lake which lies in the Western part of Nepal. It is the highest lake Situated about 370 kilometers, north-west of Kathmandu is Nepal’s smallest and most scenic national park that covers 106 square kilometers, which provides you the life time opportunity to explore the remote trails of western Nepal. Rara Lake is also famous as the ‘Queen of Lakes’ and one of the finest parks in the world and is an ideal habitat for musk deer, Himalayan black bear, leopard, Himalayan goral, and other exotic animals.

Rara Lake lies at an altitude of about 3,000m. The park was established in 1976 and protects some of the most beautiful alpine and sub-alpine biological communities of the Himalayas. The focal point is the pristine Lake Rara, also famous as Mahendra Tal and is the largest lake in Nepal. Richly forested hills and Chuchemara Danda at 4,087 meters surrounds the Rara Lake. Chuchemara Danda is the best viewpoint to witness stunning views of the lake and the thickly forested hillsides and the snow-capped peaks around it. Other summits in the park area are Ruma kand at 3,731 meters and Malika Kand at 3,444 meters which lies towards the north of the lake. The trek to Rara Lake begins at Jumla, a village in the Trans – Himalayan area.

Day 01: Arrival in Kathmandu (1300m/4264ft)
One of the representatives from HSA will be waiting for you outside the international arrival terminal gate holding your name and take you to the hotel.

Day 04: Fly from Nepalgunj to Jumla (2,540m/8,334ft) and Trek from Jumla to Chere Chaur (3055m/10,023ft)
After early breakfast, we fly to the hilly landscape of Jumla, one of the least accessible districts in Nepal situated in the foothills of the Sisne Himalaya, Jumla is also the gateway for trekkers who want to explore the remote Karnali region of Nepal. We start the first day of our trek leaving Jumla and ascend to Chere Chaur along the Jugad Khola. On the way, we pass Khalanga Bazzar, a small market place for the nearby villages. We also pass a couple of villages and a temple before reaching our destination. Overnight in Chere Chaur.
Included Meal: Breakfast, Lunch and Dinner

Day 05: Chere Chaur to Chalachaur (2980m/9,777ft)
From Chere Chaur, we take the western trail and ascend slowly until the Jaljala pass (3580m). We cross the pass and continue our trail until reaching Jaljala Chaur. From here we ascend on a steep trail and enter the Rara Lake Circuit before reaching Chalachaur. Overnight in Chalachaur.
Included Meal: Breakfast, Lunch and Dinner

Day 06: Chalachaur to Sinja Valley (2490m/ft)
It is an uphill climb to Sinja Valley. On the way, we pass through several villages and walk along the Jaljala Khola. Sinja Valley holds an important place in the history of Nepal. The valley houses the ancient capital city of the Khasa Kingdom that ruled this area from the 12th to the 14th century. Palaces, temples, and the ancient remains of a settlement were uncovered during excavations spearheaded by the Department of Archaeology at Cambridge University. Overnight in Sinja Valley.
Included Meal: Breakfast , Lunch  and Dinner

Day 07: Sinja to Ghorosingha (3050m/10007ft)
We leave Sinja on an uphill trail alongside Hima River. From the village, we climb on a steep trail for a while followed by a relatively easy trail until Laha Village. From Laha, it is a steep climb up until Ghorosingha alongside Ghatte Khola (stream). Overnight in Ghorosingha.
Included Meal: Breakfast, Lunch  and Dinner

Day 08: Ghorosingha to Rara Lake (3010m/9876ft)
We begin our steep ascent after breakfast. Our trail is alongside Chuchhemara Danda from where we get to admire the Himalayan panorama, the vast and tranquil Rara Lake, and the lush vegetation of the Rara National Park. On the way to Rara Lake, we pass through Khatyar Khola Camp and a few villages including Murma. From Murma, the ascent gets a little easier. We continue walking towards Chapri village which is the Rara National Park Head Quarter. Overnight at Rara Lake.

Day 09: Explore Rara Lake
Rara Lake is the largest freshwater lake in Nepal. After breakfast, we explore the massive lake also referred to as Mahendra Taal (Lake) after late king Mahendra.Chuchemara Peak lies on the southern side of the Rara Lake whereas Ruma Kand and Malika Kand peaks frame its northern area. Overnight at Rara Lake.
Included Meal: Breakfast , Lunch  and Dinner

Day 10: Rara Lake to Pina (2440m/ 8006ft)
From Rara Lake,our trail is easy and we walk on a relatively straight path until Gamgadhi which is the headquarters of the remote Mugu District of Nepal. From Gamgadhi, we descend on a steep trail to Pina Village where we spend the night.

Day 11: Pina to Bumra (2850m/9351ft)
From Pina we descend and cross the Ghurchi Lagna pass at 3480 m. We continue our descent and pass through a few villages before reaching Bumra. The Bumra village is also known as Nauri Ghat.
Included Meal: Breakfast, Lunch and Dinner

Day 12: Trek from Bumra to Jumla (2540m/8334ft)
We cross two suspension bridges above Hima River and walk downhill. After walking for a few hours, we get to a hot spring where we can take natural hot shower.After the hot spring, we cross Danphe Lagna pass at 3691 m. After reaching Cherechaur, we follow the same trail we took a couple of days back and reach Jumla. Overnight in Jumla.
Included Meal: Breakfast, Lunch  and Dinner

Day 13: Fly to Nepalgunj, fly to Kathmandu
We take the earliest flight available to Nepalgunj from Jumla. After reaching Nepalgunj, we fly yet again to Kathmandu. Upon arrival in Kathmandu, you will be transferred to your hotel. We take you for a cultural dinner in the evening.Overnight in Kathmandu.
Included Meal: Breakfast

Day 14: Departure Day
Our driver will transfer you to the Airport to connect the international flight.
Included Meal : Breakfast

Below equipment list is only a guideline. You need to bring the listed items, however, you can choose from your preferred brands using your expertise.you can also shop the above equipment and clothing at a reasonable price at stores in Thamel, Kathmandu.The personal items are of individual interest and choice. The most important fact that one should keep on mind is that one should have enough clothes to tackle the cold weather in the Himalayas.