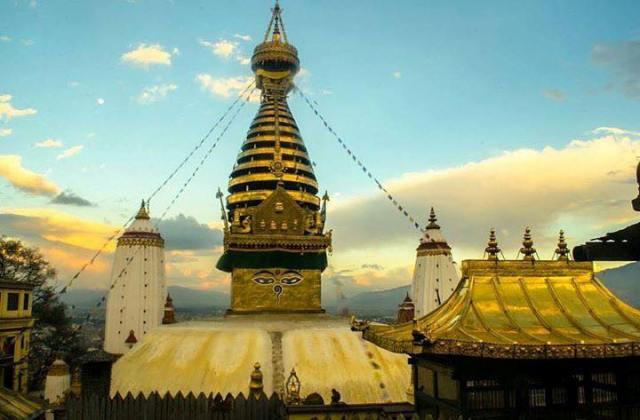 Kathmandu City Tour is a short and sweet tour of Kathmandu Valley. Kathmandu Valley consists of seven world heritage monuments among which in this tour you will visit the three most important: Kathmandu Durbar Square, Patan Durbar Square and Bhaktapur Durbar Square. Once the seat of the Newar Kingdoms, today these royal courtyards turned urban cities remain major attractions for tourists. The three cities of Kathmandu, Patan and Bhaktapur are interconnected and closely linked with each other both culturally and geographically. You will have plenty of time to observe and appreciate the artistically decorated beautiful temples, courtyards, wooden and stone sculptures as well as visit museums and take part in cultural festivals.

Kathmandu day tour for those people who only have a very short time in Kathmandu to see its wonderful cultural world heritage sites. This is a guided sightseeing cultural day tour in Kathmandu where we have our experienced guide takes you around the world heritage sites to explore the sights and sounds of city’s wonders and to understand it in better way. Our Kathmandu day tour includes the visit to all the cultural world heritages sites in the Kathmandu. Swayambunath, Bouddhnath, Pashupatinath and Kathmandu Durbar Square or Patan Darbar Square . Kathmandu is massive bustling bazaar with a great number or Hindu temples, Buddhist stupas and monasteries. Our Day tours include as Below.

Note: During the trip, factors such as local politics, transport, weather, etc. may  affect the itinerary.

The Kathmandu valley comprises the three ancient Royal cities of Patan, Bhaktapur and Kathmandu having their own palaces and ornate palace squares each listed as World Heritage sites. There are cobbled lanes of the palace squares with a fascinating maze of temples, shrines, market places and the life revolving around it. After breakfast in the morning you will be Proceed for Sightseeing place as given below.

Swayambhunath;
It is believed that the original stupa existed 2000 years ago but the present stupa is said to be built after the 14th century. Swayambhunath means ‘ The shrine existing by itself’ – it is often called ‘The Monkey Temple’ by the westerners as there are lots of monkeys scampering around the place which amuse pinning the prayer wheels and the monkeys playing around the stupa make the place really interesting and alive. The panoramic view of the Kathmandu Valley from the stupa is simply breathtaking. Legend says that once the Kathmandu valley was a huge lake and there was a lotus flower with a white glow in the middle of the lake. In the Buddhist version, Majushree, a Bodhisattwa, came from China and drained out the water and the lotus flower came to rest and stayed where the stupa exists now. In the Hindu version, the lake was drained out by Lord Krishna. On the eastern side of the stupa, there is a long staircase which climbs up the hill. On it is a beautiful pagoda style temple dedicated to the Mother Goddess Harati. All around the complex, there are shrines and statues of Buddhist and Hindu deities side by side illustrating the religious harmony that exists between them. Swayambhunath truly deserves to be listed as a World Heritage Site and one of the great place to visit in your day tour in Kathmandu.

Patan Durbar Square;
Patan Durbar Square, like its counterpart in Kathmandu, is an enchanting mélange of palace buildings, artistic courtyards and graceful pagoda temples. Listed as a World Heritage Site, the former royal palace complex is the center of Patan’s religious and social life, and houses a museum containing an array of bronze statues and religious objects. One remarkable monument here is a 17th-century temple dedicated to the Hindu god Krishna, built entirely of stone.

The name means ‘The Lord of all Creatures and the God of Gods. It is a World Heritage Site and lies to the eastern side of Kathmandu on the banks of the holy River Bagmati. The temple site dates from the 5th/6th century but the present temple was built in 16th century. It is one of most popular and important Shiva Shrines and all followers of Hinduism must visit the temple at least once in their lifetime. During the Maha Shivaratri festival, the temple is full of devotees worshiping the stone Linga in the form of Shiva. Non-Hindus are not allowed to enter the main temple complex but still can view the two tier pagoda style temple from the eastern side of the river and see the funeral pyres on the banks. The platforms along the Bagmati holy river are popular for ritual baths and cremating the bodies of Hindus who have died. It is an honor for Hindus to be cremated here as it is believed that it ensures the soul rests in peace and is kept safely away from the rebirth cycle.

Boudhanath;
Boudhanath means ‘The Lord of Wisdom’ and is the biggest Stupa in the Asian subcontinent. It is beleive all followers of Buddhism must visit it once in their lifetime. The stupa is believed to have been built in the 5th century because there had been twelve years of drought so the king built the stupa hoping that this would help to restore the water and it did so with the help of the dew drops – for this reason, it is also called the Dew Stupa. Nepal used to be the transit point for Tibet and India – there was trade with Tibet from ancient times. Traders traveling to Tibet used to stop and give their greetings to the stupa and ask for the blessing of a safe journey and return. The complex is often called a mini Tibet as many Tibetans live around the stupa and it reflects the Tibetan form of Buddhism. There are lots of monasteries around Bouddhanath – it is a centre for learning and practicing Buddhism. Visitors should go around the stupa in clockwise direction spinning the prayer wheels as it brings more happiness, infinite merits and good luck. A heritage site – not to miss in your day tour in Kathmandu. 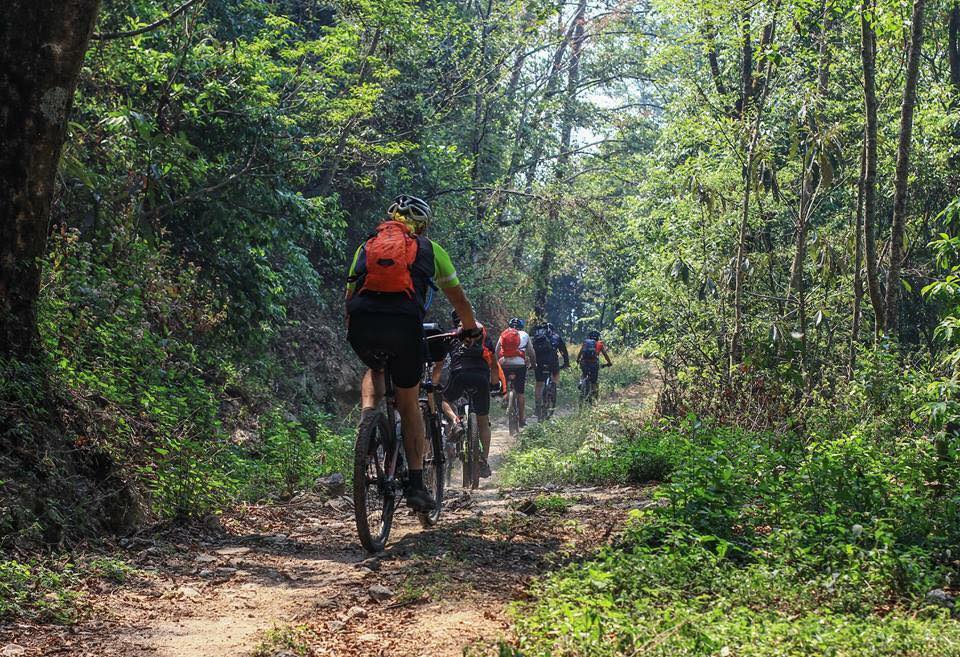 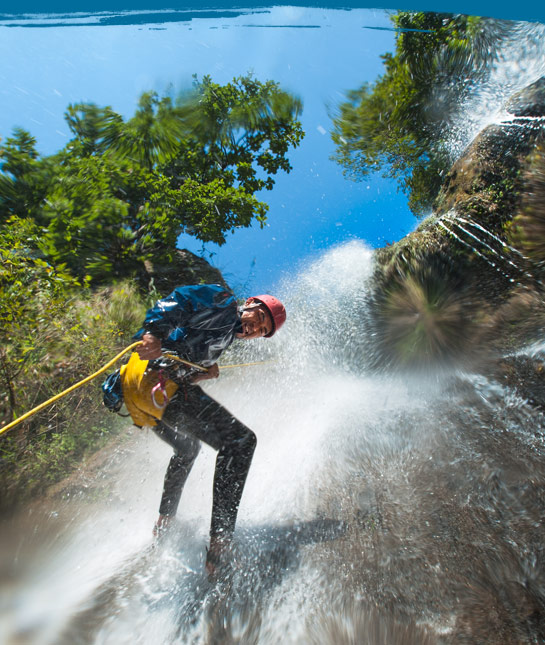 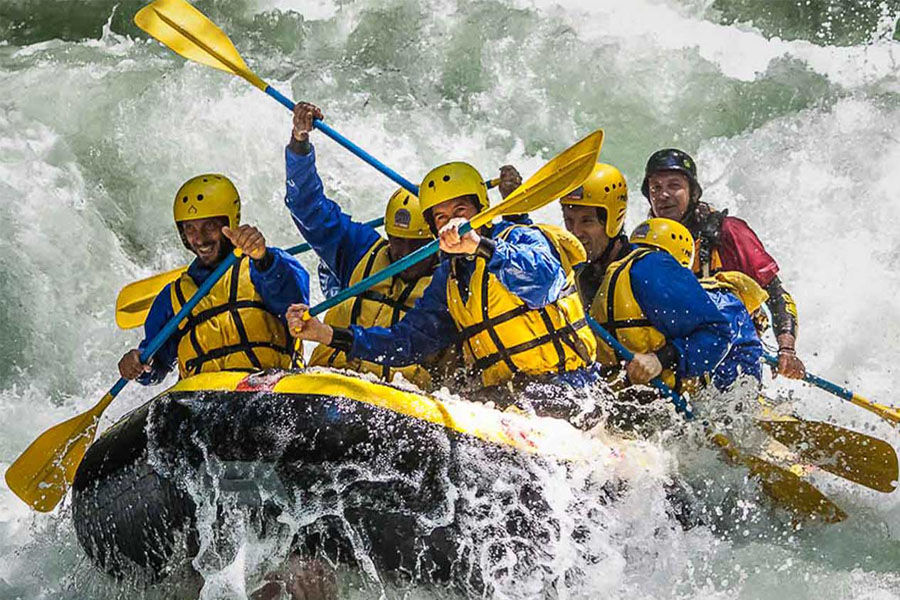 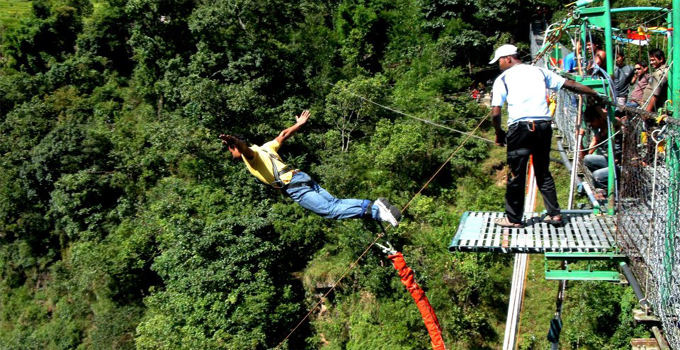 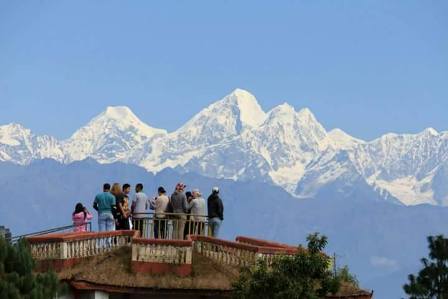 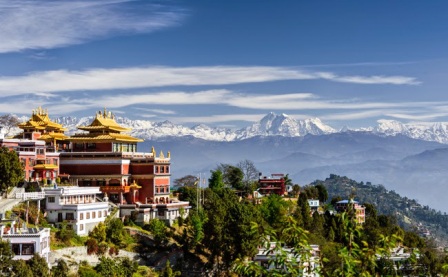 Hiking trip to Namobuddha and Panauti