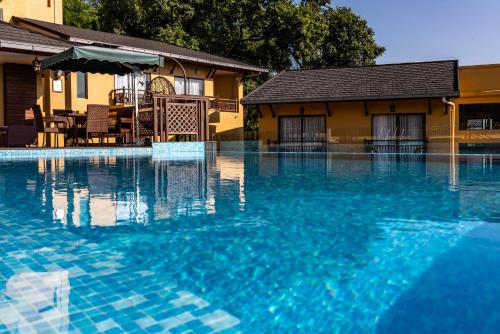 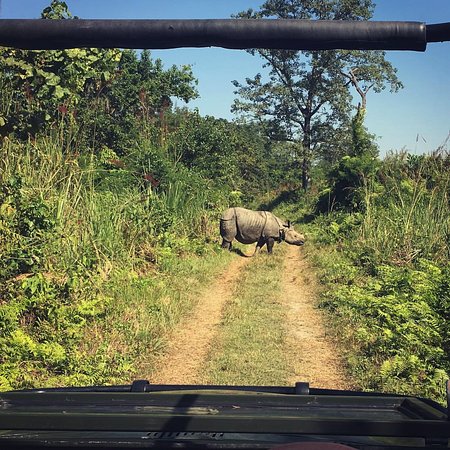 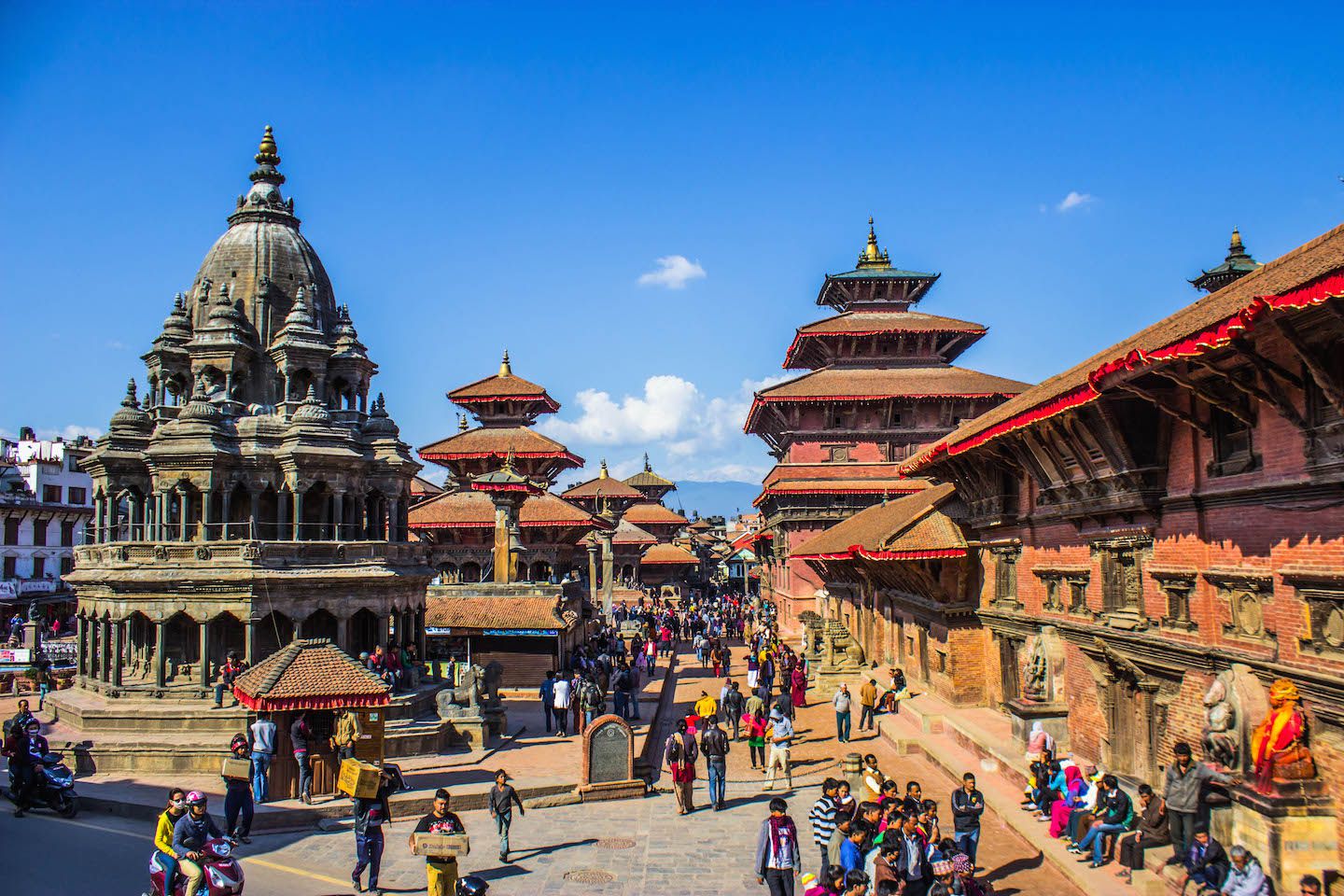 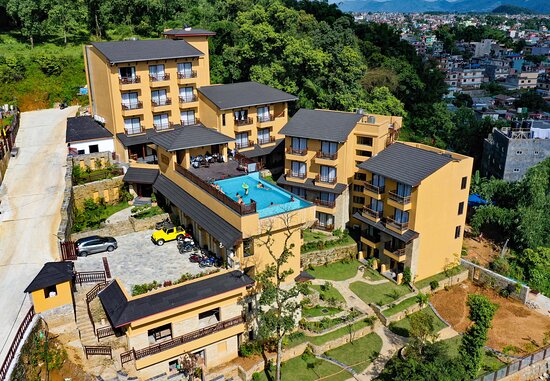 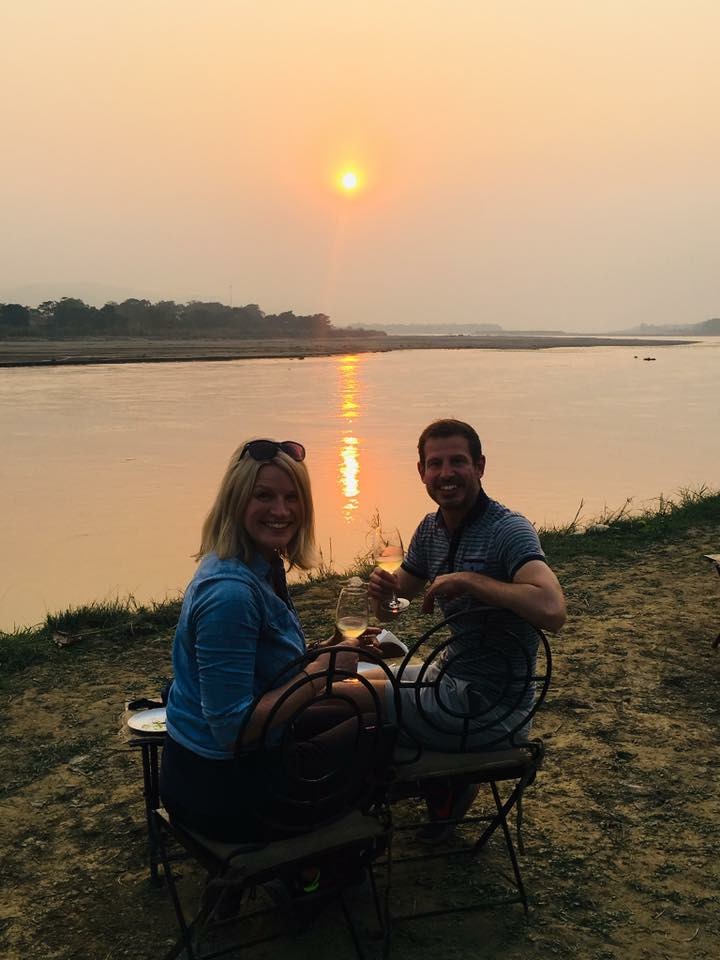 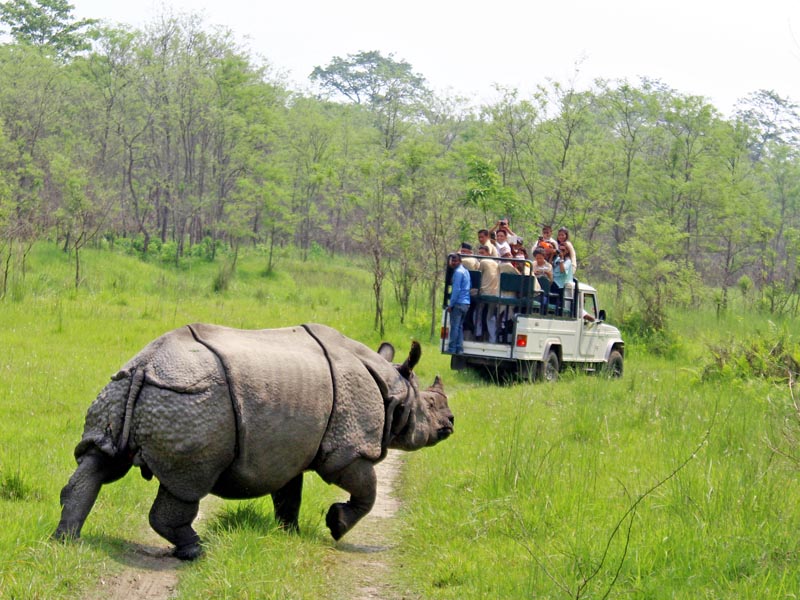 Kathmandu Pokhara Chitwan Nagarkot multiday holiday package is suitable for visitors having a short time interval and want to explore more nature and culture. Each of these four destinations has their own unique characteristics and attractions. Kathmandu Valley is popular for palaces, temples and stupas. Chitwan is popular for the Tharu villages and jungle safari. Pokhara is popular for the mountain vistas, lakes, caves, waterfalls and museums. Nagarkot is also famous for the amazing sunrise and sunset view. Nagarkot is also the popular picnic sports near Kathmandu Valley. Himalayan Sanctuary Adventure gives you well-organized Nepal holiday tour package and takes you to the four of the most popular touristic places of Nepal.

Nepal is located between India and Tibet and offers a fantastic array of attractions for tourists. It is also known as the land of the Mt. Everest. And also a fascinating land of ancient history, various cultures and scenic grandeur. It is also the richest countries in the world in terms of biodiversity because of its unique geographical position and latitudinal variation. Nepal has a rich and a most diverse culture with its unique location between the world’s two largest and ancient civilizations.

Day 07: Chitwan to Kathmandu to Nagarkot

Day 01: Kathmandu Arrival (1310 M)
One  of the representative will be waiting you outside the international airport terminal gate holding your name than  transfer you to the hotel in Kathmandu

Day 02: Kathmandu Valley Sightseeing(4- 5hrs)
Today first you will explore numerous UNESCO world heritage sites in Kathmandu. The Kathmandu valley comprises the three ancient Royal cities of Patan, Bhaktapur and Kathmandu having their own palaces and ornate palace squares each listed as World Heritage sites. you will visit as mentioned below

Pashupatinath temple is considered as one of the holiest shrines of all the Hindu temples in the whole world. The temple of lord Shiva, Pashupatinath, with a tiered golden roof and silver doors is famous for its superb architecture. Entrance to the temple precinct is forbidden to non-Hindus. They will only be able to view it from the eastern bank of Bagmati River overlooking the cremation grounds. This two tiered magnificent golden temple with four triple silver doorways is unique example of the Nepalese temple architecture. It is one of the largest Hindu temple complexes in South Asia with hundreds of Shiva lingams, shrines icons of various Hindu god and goddess insides. It is not known when the temple was founded. Tradition says it was constructed by Pashupreksha of the Somadeva dynasty in the 3rd century BC, but the first historical records date from the 13th century. The Bagmati River, which runs next to Pashupatinath Temple, has highly sacred properties is lined with dharmasalas.

Boudhanath is the biggest Stupa in Nepal and is located on flat land and encircled by houses & monasteries, where Rinpoches reside. Boudhanath is also known as `little Tibet’ because of its unique atmosphere resembling old Barkhor marketplace in Lhasa . Many Tibetans visit here as a place of pilgrimage and trading. Visit nearby monasteries and mediate for some time with monks and get blessings.

Patan is also known as Lalitpur or the “city of fine arts” and is the oldest city in the valley. This Buddhist City is said to have been founded by Emperor Ashoka in the 3rd century BC. Patan is the cradle of arts and architecture of the valley, a great center both of the Newari Buddhist religion and of traditional arts & crafts with 136 bahals or courtyards and 55 major temples. Overnight at your hotel in Kathmandu

Watches over the valley from the top of a hillock on its western side. The huge stupa is one of the holiest Buddhist sites in Nepal and its establishment is linked to the creation of the Kathmandu Valley out of a primordial lake. Swayambhu is also known as Samhengu and the Monkey temple because of the countless monkeys living in the premises

Day 03: Drive from Kathmandu – pokhara(6-7hr)
After breakfast, drive through scenic mountainous highway to Pokhara valley (200 kms /6-7 hrs.) Pokhara is a remarkable place of natural beauty.  It is situated at an altitude of 900m from the sea level and 200km west of Kathmandu valley. The enchanting town has several beautiful lakes and offers stunning panoramic views of Himalayan peaks. The serenity of lakes and the magnificence of the Himalayas rising behind them create an ambience of peace and magic. Overnight at your hotel in Pokhara

Day 04: Pokhara Valley Sightseeing(3-4hr)
Early morning, excursion to Sarangkote hill for sunrise and Mountain View (weather permitting) Sarangkote is the most popular viewpoint in Pokhara. Situated at an altitude of 1,592m, Sarangkote offers the magnificent view of Mt. Machhapuchhare and Annapurna Massif (weather permitting). You can also have a good aerial view of Pokhara valley from here. After breakfast, visit  Davi’s fall, the Seti  Gorge and Gupteshore  Cave , Bindyabasini Temple. Davi’s fall is an awesome waterfall lying about 2km south-west of the center on the highway to Tansen. In July 1961, Swiss couples were bathing in the stream Pardi Khola, just above the fall. A sudden flood from the Fewa Dam swept away Mrs. Davis and mysteriously disappeared down in to an underground passage beneath the fall, since fall has been called Davi’s fall. Overnight at your hotel in Pokhara

Day 05: Pokhara – Chitwan
After breakfast, drive through scenic mountain highway to Chitwan (187kms/5-6 hrs). Chitwan National Park is proud to be called Asia’s one of the best managed parks and is home to over 50 species of mammals, 55 species of amphibians and reptiles and 525 species of birds. Wildlife that thrive here include; the great one-horned Asian Rhinoceros, Gaur, wild Bison, sloth Bear, four different species of Deer, the Rhesus Monkey and the black-faced Langur, the spotted Leopard, the fish-eating Gharial, the flesh-eating marsh Crocodile and the Gangetic Dolphin among many others. It is also one of the last refuges of the Royal Bengal tiger. The birdlife too is very rich and varied and a delight for Ornithologists. Transfer to the resort in Chitwan. Lunch at your resort Afternoon, commence on an elephant back safari to explore the jungle and the various wildlife: the one-horned rhinoceros, several types of deer, monkeys, wild boar, bison, Himalayan sloth bear, spotted leopard and, if lucky, the elusive nocturnal Royal Bengal tiger too. This exciting ride lasts for 2-3 hours. overnight at your resort in Chitwan

Jungle walk tour allows you to explore different habitat, from the flood-plain grassland to the dense Sal forests, where you get the opportunity of good animal sights at your own pace. Since it is disturbs the animals less while walking through the forest, it is usually a better chance for discovering wildlife. During the walk, you will also get a chance to see the different kind of plants and herbs in the National park. The naturalists can give thorough descriptions of the wildlife and herbs there. Floating down on the River by dugout canoe is the best way to discover the habitat of crocodiles on the bank of the river. It is also a relaxing and better way to watch the different kind of aquatic birds and wildlife species when they come to the bank of the river to drink water.

Day 07: Chitwan – Kathmandu – Nagarkot
Drive back to Kathmandu retracing the same mountainous highway  to  Nagarkot . Situated 2175m above sea level, Nagarkote is a popular tour and hill destination of Nepal. It is famous mountain and sunrise views. Five of the world’s 10 tallest Mountains: Everest (8848m), Lhotse (8516m), Cho Oyu (8201m), Makalu (8463m) and Manaslu (8163m) along with many other lesser summits can be viewed from this place (during clear weather). The place is surrounded by the terraced hillside and most beautiful scenery. It is possible to make walking tours to nearby villages (optional).

Day 08:  Nagarkot to  Kathmandu
After  breakfast  in the  morning  you will drive  back  to tribhuvan  International Airport  for  your  onward  destination  to connect your international flight

This list is only a guide. there are numerous options, brands, and versions of each piece of equipment. Use your experience and the listed features to find the best gear for you. Some of the below equipment can be easily found in stores in Kathmandu for cheaper prices. 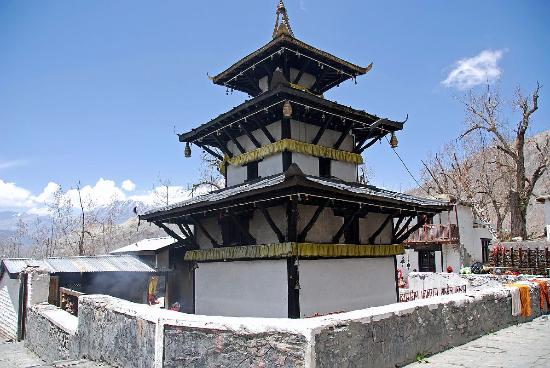 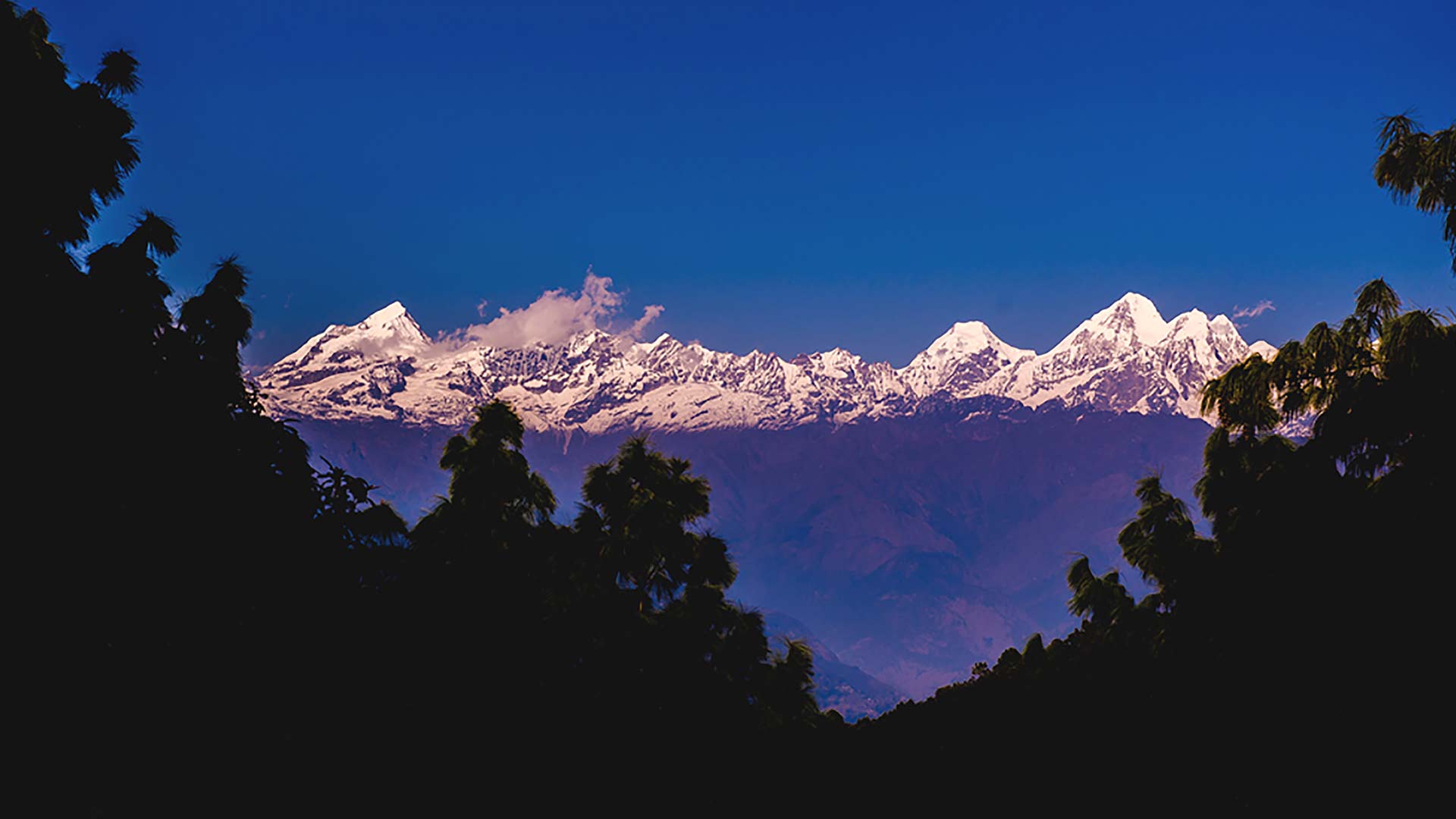 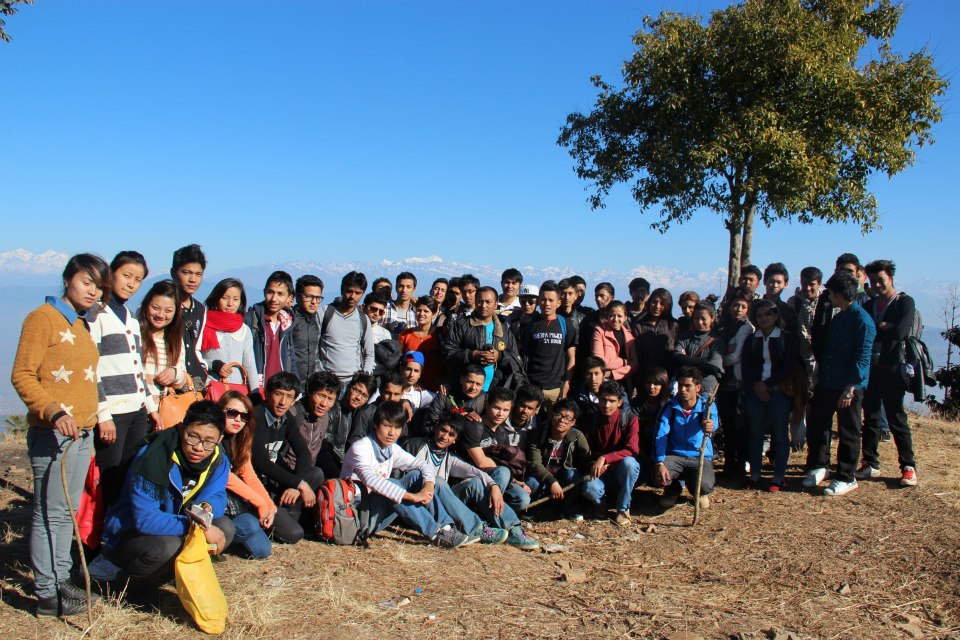 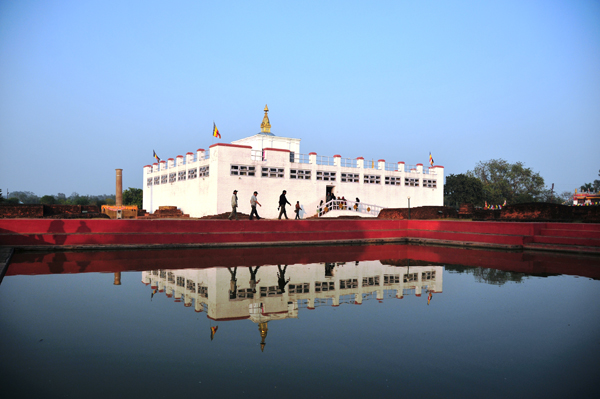 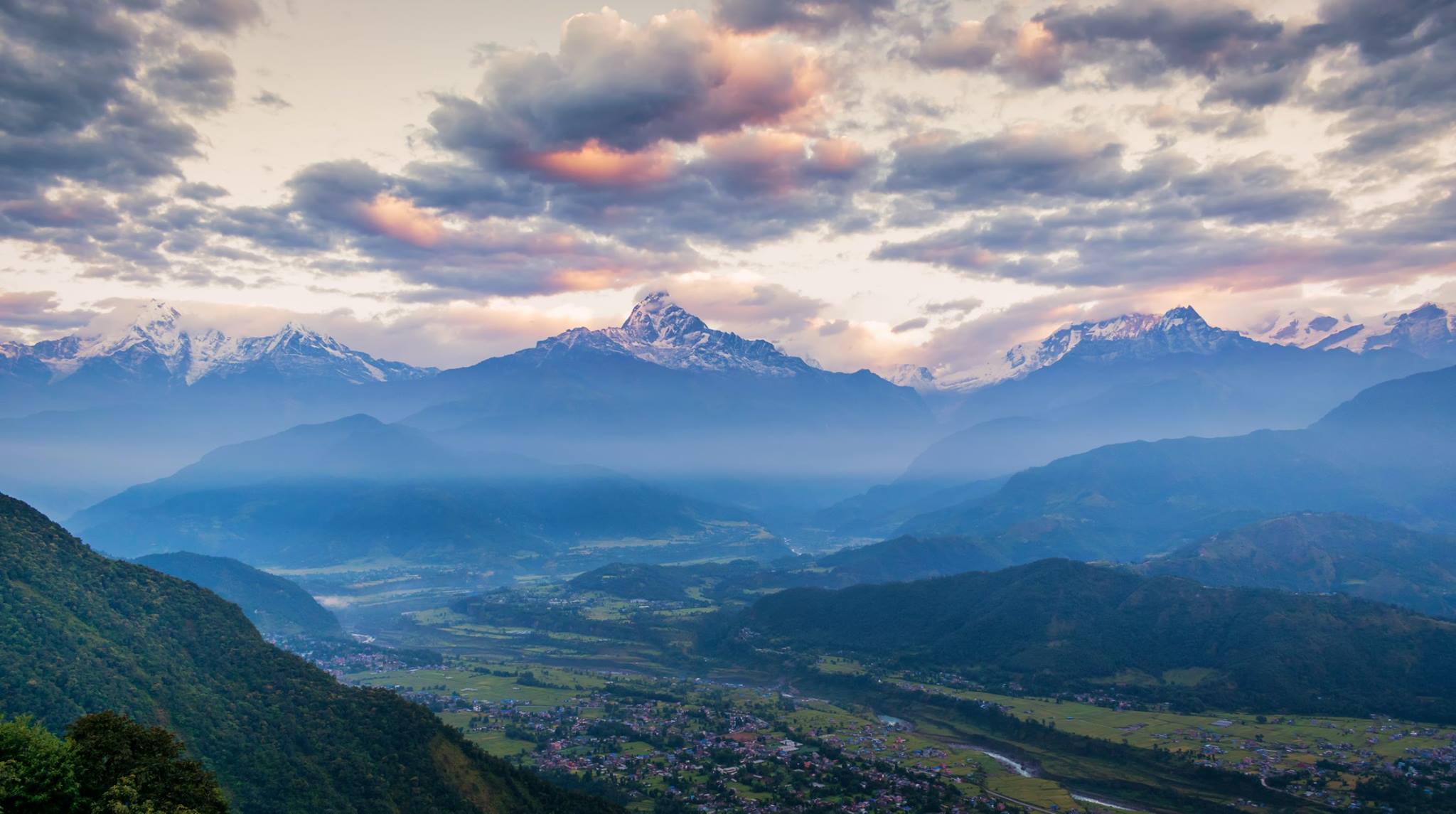 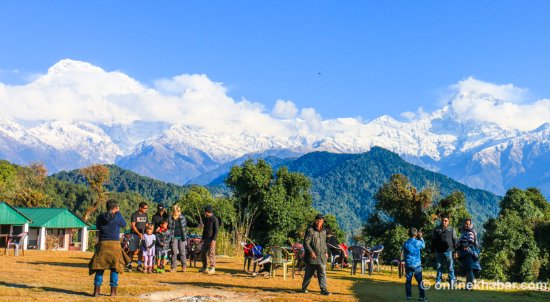